It was a pleasure for us at thecultureshock.org to connect with a former student who is making major moves as a young professional! Join him on his journey to find his first suit.

What made you want to invest in your first suit?

I started thinking about purchasing my first suit when I realized I would need to start preparing for internship interviews for positions the following summer.I think a great deal of confidence can be had during an interview just by dressing the part.

My suit was reasonably priced. I made sure to shop during sales, which usually occur at the end of a particular season. For instance, suits of lighter materials are are generally worn during the summer tend to go on sale during July or August so you can get some great deals during this time. It’s all about being willing to wait for a bargain. Brooks Brothers and J Crew will often have sales if you look carefully. I also looked at a few other affordable shops including GrandFrank, Suit Supply, Men’s Warehouse, and Indochino.

Would you say you experienced a Culture Shock?

It’s initially intimidating walking into a store, especially on your own. The associates are extremely helpful and put me at ease, however. They have your best interest in mind and are encouraging and thoughtful in their approach to help you find something comfortable and stylish.

How’d you feel the first time you put it on?

Like a million bucks. I knew I had made a great choice and felt as though I was ready to go into an interview at any moment.

Does “Dressing for Success” impact you in any way?

Absolutely! Inwardly, it’s great to feel as though I’m one of the best dressed in the room. It adds a spark of confidence that’s palpable to those around you. Outwardly, people are more apt to respect someone who demonstrates self-respect by maintaining their style. I feel as though the way I dress speaks to my character and is a great way for me to stand out as being unique and tasteful.

I watched a lot of videos on Youtube about how a suit should look and fit. There are a lot of fashion vloggers that go into great detail and have a lot to teach about the quality and fit of a reasonably priced suit.

What’s the best piece of advice someone has given you?

Avoid unnatural blends like polyester when purchasing suits just because they’re cheaper You’ll most often find these materials in suits created by fast fashion stores like H&M or Zara. They have an unnatural sheen to them and tend to wrinkle very easily, creating a sloppy look. Stores like Suit Supply and Men’s Warehouse have reasonably priced suits which you can then take to a tailor so that, at the end of the day, you end up with something that fits you perfectly without breaking the wallet.

What 3 tips do you have for other young professionals when building their business wardrobe or just in general?

1) It’s important to have your essentials before you begin to experiment with different colors and styles in your wardrobe. For men, I suggest you start with a navy suit as it can be worn at any event and dressed up or down to scale with the formality of the situation.

2)I would also recommend always getting your business wardrobe tailored. Basic alterations can run you as little as $20 and the fit of your clothing is absolutely the most important variable you can control. The nicest suit in the world won’t make half a difference if it baggy and boxy on you.

3) My last tip, professionally speaking, is to really put yourself out there in the professional world. Don’t be afraid to email a representative at a firm that you’re interested in working at and ask them if they’d be willing to talk about their office culture and job role. 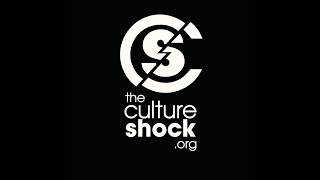